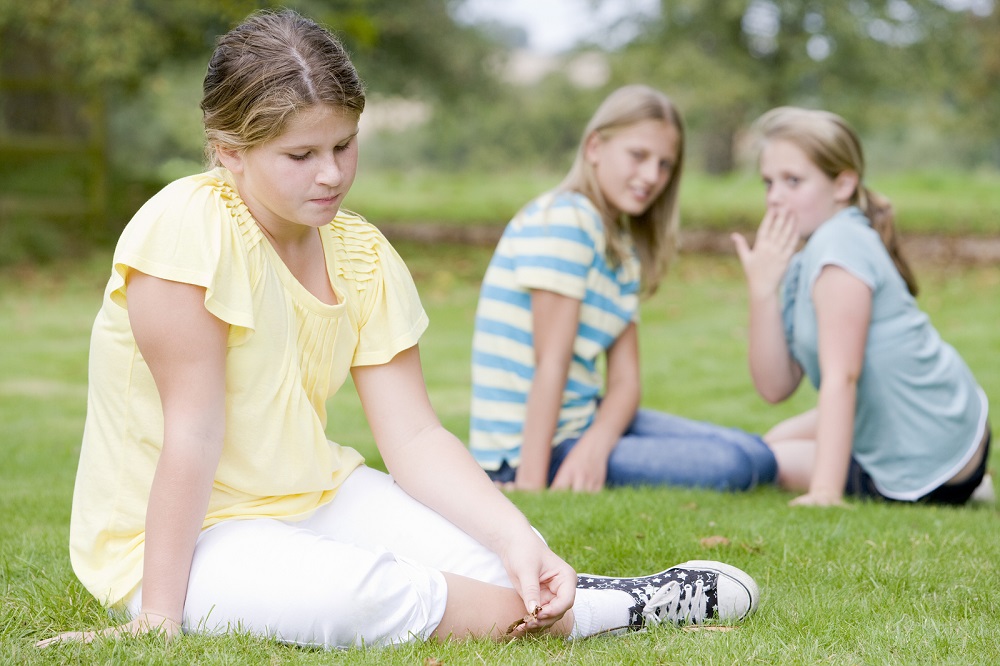 Back to the main Bully Prevention Guide.

The varied forms of verbal bullying are as infinite as there are words in any language. For bullying behavior to be classified as verbal bullying, it must be heard, repeated over time, and there is an imbalance of power between the students involved in the situation.

Here is a quick list of verbal bullying behaviors that you can look for…remember, it needs to be repeated over time and there are definite signs of an imbalance of power:

The severity and seriousness of the verbal bullying can be perceived by parents and staff differently. Some verbal bullying may be overlooked, over-exaggerated, or ignored completely. Investigating further by school staff and getting parents involved is a good strategy to get this type of verbal bullying behavior stopped. By reviewing the Violence Continuum below, early intervention is vital. To learn more, click on the links below.

Likewise, many different types of physical bullying can occur in schools. For bullying behavior to be classified as physical bullying, it must contain some type of physical contact, repeated over time, and there is an imbalance of power between the students involved in the situation. In many circumstances, the bully exhibiting these behaviors has a physical stature that is much larger than that of the other targeted student or students.

Here is a quick list of physical bullying behaviors most seen in schools. Yes, this is not an all inclusive list, but these incidents are the most handled by school personal according to several web sites. The most visited website was titled, "Bully Statistics":

The severity of physical bullying can escalate quickly without adult intervention. Refer to the Violence Continuum as mentioned above. The earlier the intervention, the higher the success rate. Police and administration may need to be involved right away. Contact your child's teacher or principal immediately with questions. To learn more in how to stop the physical bullying behaviors, follow the links listed below. 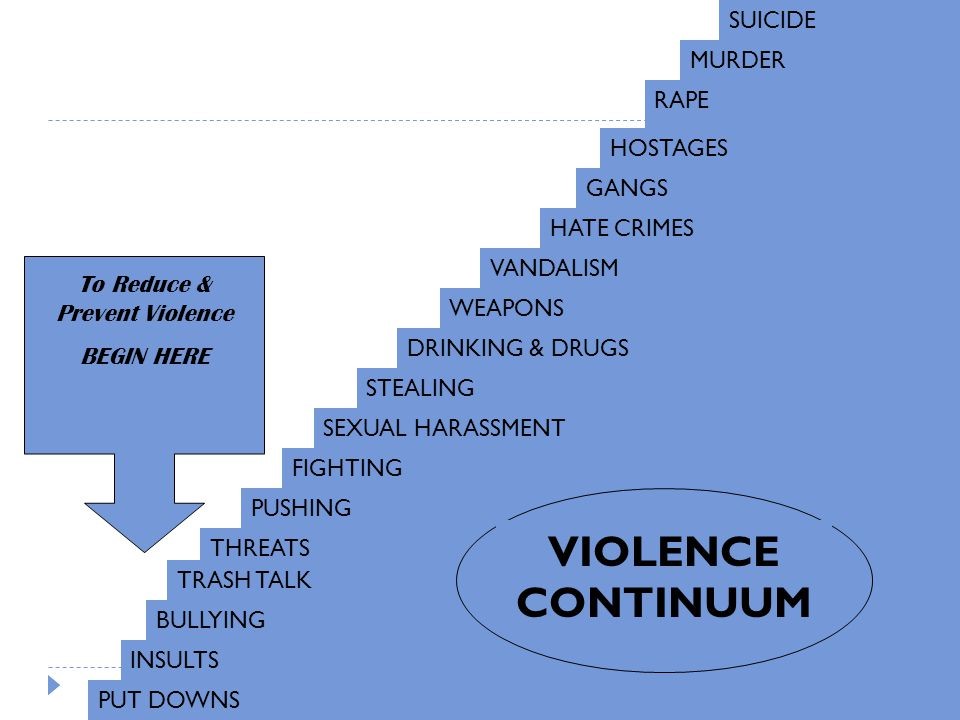 Delineating out this category may be new to some educators and parents, but students do feel the pain inflicted my psychological bullying frequently. This can be one of the most difficult types of bullying to stop…why you ask? For bullying behavior to be classified as psychological bullying, it is not seen or heard, but can be evident with more research and observation. Like the other two forms of bullying behavior, it needs to be repeated over time, and there is an imbalance of power between the students involved in the situation.

School staff may have difficulties dealing with this type of bullying behavior because it is not seen or heard, yet students may report the occurrences often. Again, for a behavior to be considered psychological bullying, it must be repeated and have an imbalance of power. Here is a list of some of the different types of this bullying behavior:

An explosion occurred in the early 2000's, the internet provided a new avenue to be mean to other students. I believe it will be the largest social challenge in the next 20 years we will have as educators. Since this is a new medium, not specifically verbal, physical, or psychological, social media and texting applications provide a medium where freedom of speech may go too far into the realm of bullying behavior.

As a principal my first office referral and suspension for cyber bullying occurred from a social media site called MySpace.com back in 2005. It was the most popular social media site, surpassing Google at that point according to Wikipedia. Students could write openly and freely whatever they wanted on a student's MySpace page. I was able to screenshot and copy/paste all the comments a group of girls were saying about another girl. Unfortunately, parents were not cooperative as they stated that this was written at home. I was able to prove it affected the girl's academics, and the superintendent and school board upheld my discipline decisions!

Social Media bullying occurs when the behavior is repeated over time, there is an imbalance of power between the students involved, and it affects the learning environment of school. Unfortunately, a student and parent may argue that the bullying behavior occurs outside of school. If school staff can prove that the social media bullying behavior affects the learning of a student, then it can be dealt with in the school setting.

As the many types of social media explode, the number of ways bullying behavior occurs increases. For me to make a list is almost impossible, but here some of the social media and texting situations that colleagues and myself experience the most.

As of July 1, 2017, the most popular social media applications according to data from www.dreamgrow.com are the following:

I foresee this fourth type of bullying behavior as the one schools of the future will need to deal with the most. We need to be teaching students at a younger age about internet etiquette or "netiquette." Likewise, we need to continue to work with parents on how they can support their student's navigation through social media. We definitely cannot stop it, so we must teach them to navigate it!

Jon Konen is a K-6 elementary principal and freelance writer in Great Falls, Montana. He has taught most all grade levels K-6, and has been a K-12 principal of a rural school. As a 5th grade teacher, in 2010 he won the Presidential Award for Elementary Math and Science Teaching (PAEMST). As a principal, his school won the 2012 Blue Ribbon Award. In 2018, he won the National Distinguished Principal Award (NDP). In 2019 he won the National No Kid Hungry Breakfast Hero Award. He is the author of three guides published on teacher.org: An Educator's Guide to Combat Bullying & Bully Prevention; Teacher Evaluation: A Transition Guide to Exemplary Performance; and You are the Wild Card: Infusing Fun Back into Curriculum. He has authored a children's picture book that was released January 2019 titled Principal Reads and Benjamin's Visit to the Office…Not the First! (available at archwaypublishing.com)

8 Reasons Why Blogging Can Support Your Growth as an Educator