You Can’t Control All the Factors That Lead to Problem Behavior, But You CAN Manage It In The Classroom 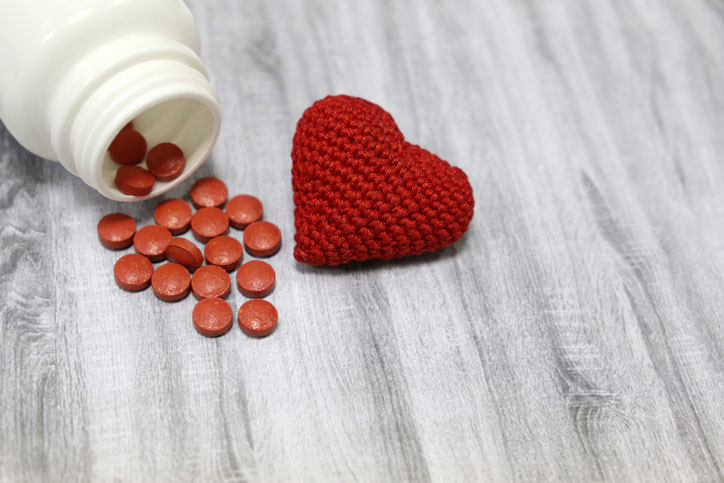 I have three dogs-Homer, Scruffy, and Murphy (whose whole name is Murphy Hugh Jackman…long story).

Homer came to me because of a rainy day.

Typical for me on a rainy day, I picked up my lap top and sat down to mindlessly browse the web during Christmas vacation. A page popped up with an ad for a popular dog search site.

It didn't take long before I typed in my Zip Code.

Suddenly, the beguiling eyes staring back at me from the screen caused me to stop my search.

My home was dog-free and I needed to resolve the issue promptly.

I picked up the phone to call the local shelter. He was on the kill list.

Later that day, he was happily running on our ten acres of country bliss in the Mississippi River Delta. He had a bath, food in his belly, and a place to sleep-right on our bed.

Homer knows from whence he came. He is grateful and it is obvious.

He is our guardian and protector.

Murphy came along a month later. He was the first puppy I've ever had.

If I have any say in the matter, he will probably be the last.

Much like having a newborn in the home, Murphy Hugh Jackman has grown into a lovable frat boy in the body of a Golden Retriever. He is constantly smiling and looking for fun.

As we were driving home from a lovely weekend at a mountain lodge in the hills of western Arkansas, we saw something sitting on the double yellow lines of the winding, hilly road.

I thought it was a goat; my husband thought it was a coyote. Without saying a word, we turned the vehicle around for a double-look. We clearly saw that it was a starved dog, literally risking what minutes or hours were left of its life, hoping someone would stop to help him.

I got out of the truck and slowly approached him, down at his level. He immediately came running to me. It frightened me but caused me to see he was desperately in need of help. He started licking me all over my hands and arms. He somehow knew we were going to be His People.

We got him home and made a beeline to the vet's office. 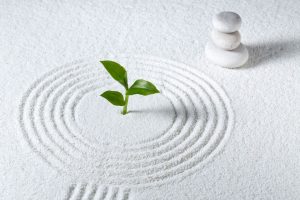 The vet told us Scruffy would probably have died later that day had someone not intervened.

Suffice it to say, this sweet-tempered terrier with Yoda-like ears is our cuddle-bug and peace-giving Zen master.

But let these guys out the door to play in the yard and something washes over them…it's as if the breeze rustles up waves of some internal need to be jaunty and naughty.

They're really quite comical to watch as they wrestle, dig, run, and sneak-attack each other. They are the watchmen of our backyard, unwilling to let any squirrels establish domain…at least NOT from the end of their reach and down to the ground.

On inclement weather days, the guys can't seem to keep it together and behave as required. They are doomed to a day full of "couching" and they're not happy about it.

Their insatiable curiosity and desire to save us from socks sends them under beds, couches, and chairs in search of anything, that might harm us - like a spoon. 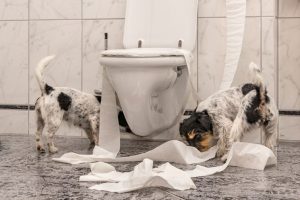 All socks will die.

God help the cat…until the boys remember that Bartolomeow still has his claws. He's not going anywhere and should any of the dogs fail to remember that, they will be reminded by the King of the Castle.

This is my home.

If you're lost, abandoned, misunderstood, or in need of love, this is your address. All are welcome.

But there are expectations.

Behaviors which are appropriate outdoors must be modified by the mutts themselves for indoors.

As naughty as they still can be, they have come a long, long way since their arrival in our home. It has taken training, discipline, and structure to help them realize what's acceptable INSIDE the house is often a bit different than yard-appropriate behavior. 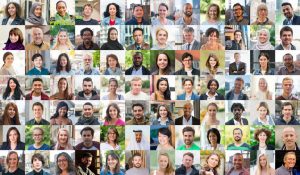 I Know, Students Aren't the Same as Dogs, but Some of the Same Rules Apply

While humans are definitely different in many ways from our canine companions, the formula for behavioral success can be viewed as similarly applicable across the species.

We learn the benefits of driving the speed limit (no ticket).

We learn the benefit of healthful eating (we feel better).

We learn the benefit of good dental care (our teeth are healthy and require fewer procedures).

We learn the benefit of following the laws of the land (we live happier lives and reside peacefully). 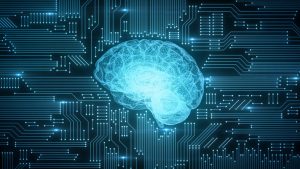 We learn to care for the things we own (they last longer).

We learn to manage our money (to do what we need to do with what we have).

We learn to go to the doctor when we're ill (so we can be well).

We learn the benefit of not touching a hot stove (because it hurts like heck if we do).

How did we learn to work within the framework of "If…then…"?

If I keep my hand away from the stove, then I won't get burned.

If I obey the speed limit, then I won't get a speeding ticket. 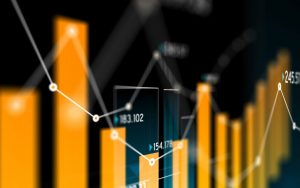 What Does the Data Show?

In another study, 43% of public school teachers indicate that behaviors significantly and negatively impact their ability to teach because addressing behaviors takes time away from delivering content.

A study of students in Hong Kong discusses the effects on teachers dealing with student rudeness, hostility, and other disruptive behaviors, ranging from mild to moderate.

I wonder how many others were unreported…?

Those numbers are significant indicators and cannot be overlooked by any school stakeholder.

Making Meaning Of It All

Thinking on all of this data has put a lot of questions in my mind, but as a teacher to little guys who are, comparatively and relatively speaking, well-behaved, I wonder what the root of all these more aggressive behaviors really is?

I wonder if the microcosm of the school is simply reflecting the socio-behavioral decline within the macrocosm of our society?

Is it because parents are not as engaged with their children as they could be?

Are these behaviors rooted in environmental factors? 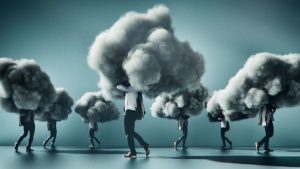 What do we do when the behavior routines and expectations we've established in our classes become a source of discord and discontent?

What do we do when the very students we love and respect demonstrate the opposite toward us?

What do we do when parents don't support our efforts?

What happens when we get hurt?

We are always going to have kids who can't cope within the construct of the classroom, especially at the onset of the school year. This is a known. It is a norm. Coming off a summer of doing whatever and whenever and with loose bedtimes and daily routines only serve to make the first weeks of a school year a time for discipline.

NO, I didn't say punishment. I said DISCIPLINE.

Some years ago, I had the great pleasure of meeting Harry and Rosemary Wong. Gurus of student behavior, my wagon was long ago hitched to their star.

The Wongs were the keynote speakers at a state conference I attended.

At an after-conference social, we were able to spend some time discussing the idea that teaching procedures early in the school year is an effective form of behavior management. It takes the guessing game out of everything for the kids.

Teaching those procedures-disciplining-allows kids to function within a construct which establishes a sense of security.

For many of the kids in America's schools today, this simple form of security means an atmosphere of peace. Peace is something which many kids may not experience on a regular basis.

But consider this information:

Up Close and Personal

During my two decades in the classroom, I have witnessed the impact of child domestic abuse issues first-hand too many times to count.

A vivid memory is a student who was in my Second Grade classroom in a large urban school district in Michigan.

This child was adopted out of the foster care system as were seven other children. The children ranged in age from, at the time, five years old to twenty years old. Four of the children in our school. Every one of the four experienced significant behavior issues and resulting administrative interactions.

One day, I had a very "real" conversation with the child in my class. I wanted him to know how very much I loved him and how very much I wanted to support him to success. I told him I noticed some red marks on his arm which were long and thin and I asked if he was okay.

When he shared with me that his mother would beat him with an extension cord every time I called home to discuss behavior issues, I could not believe my ears. By this time, I could honestly say I'd heard a lot and seen a lot…but this was new.

I had to make a call to Child Protective Services.

That was the very last day I called his mother to discuss behavior strategies.

It was the first day the child and I worked together to learn how to establish discipline in a way that was of benefit to him and in a way that would not cause him the physical harm he'd come to know.

Oh, and he and his siblings were removed from the home and placed in a much happier situation. 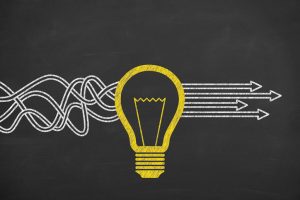 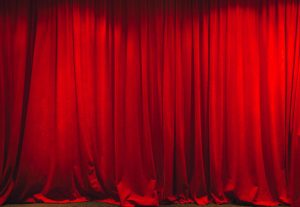 On With the Show

You are the classroom teacher. You set the tone for your kids' day but we're in denial if we say that our days are never "hijacked" and things never run amok. They are. They do. It's alright. But make sure you have created a structure and taught procedures so on those days when things are amiss, things will run fairly well.

Implicit in all of theses suggestions is the assumption that you know your kids and I do not. You know their needs and their abilities. Adjust my suggestions to best serve your students, should you choose to implement any of them. 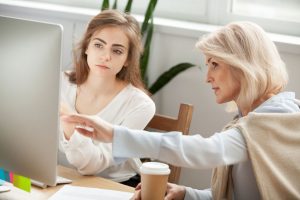 I'm just a seasoned teacher sharing what has worked for me over the years; our world has changed tremendously in the two decades I have been teaching. Families and family structures have changed. Social attitudes and activities have changed.

But from the bottom of my heart, I believe one thing: the intrinsic needs children have to feel safe, secure, and a sense of belonging will never change.

That may be the one constant of teaching. 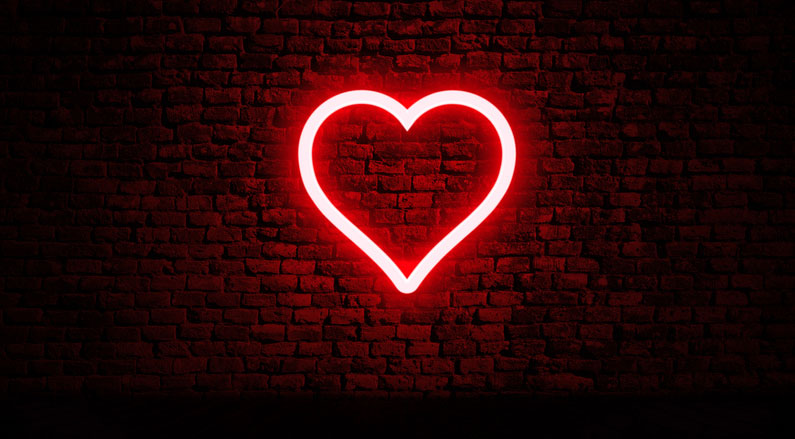 Mary has always loved learning, but was a struggling learner who couldn’t read until one day, the right teacher came along with the right methodology, and everything clicked for Mary. Understanding the struggles of children who just “don’t get it,” Mary has spent her career supporting children with learning difficulties and finding ways to excite them about education. Over her career, Mary has taught Second Grade, Third Grade, and served as a Middle School Administrator in Michigan, most often in the urban setting. In 2015, Mary relocated to Arkansas in search of new opportunities and is excited at all that has been placed before her. She currently teaches Special Education in a self-contained setting for children in grades 2-4. 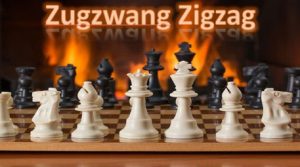 Dealing With The Perpetual Cycle of Giving and Getting Colds at School
Posted: 10/31/2019