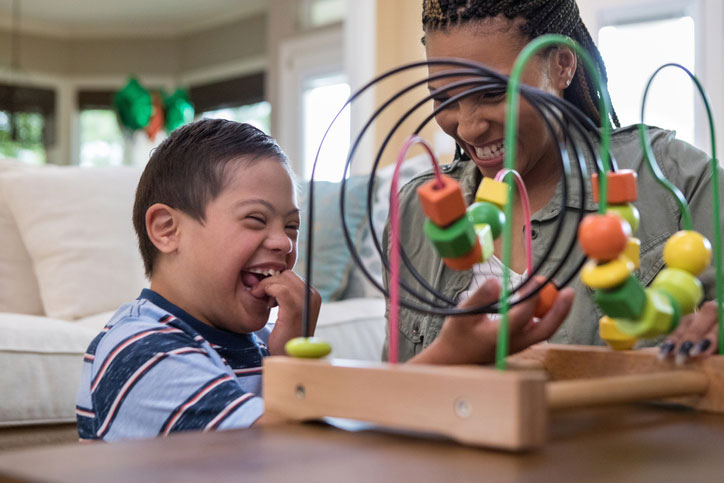 How in One Generation, Accessibility and Opportunity Became a Human Right for Everyone

Thirty years ago on July 26, President George H.W. Bush signed The Americans With Disabilities Act into law. The legislation literally removed physical barriers -and along with them certain social and employment barriers too - so people with disabilities could experience a greater sense of independence and gain access to places and opportunities that had never been open to them before.

This civil rights legislation guarantees that people with disabilities are granted access to the exact same opportunities as everybody else. The ability to shop, work, move about the community and even run for office are all enshrined in this law, granting equal opportunities and unencumbered movement for people with disabilities, and along with it all, a better quality of life.

Prior to being signed into law, opponents promulgated the idea The ADA would be too costly to implement and would create fiscal havoc for businesses. To prove the importance of this act, supporters rallied around the United States Capitol steps. In a dramatic scene that helped move the legislation forward, onlookers watched as disabled people from all walks of life dropped their canes and crutches or got out of their wheelchairs and crawled up the Capitol's steps. Within the next few months, The Americans With Disabilities Act became the law of the land.

The ADA is a dynamic document. As the world and its technologies change, The ADA is consistently on point and ready to stand guard against any discriminations people with disabilities face. But who is considered a person with disabilities?

What does that all mean? That anybody with a disability to deserving and entitled to reasonable accommodations.

The law's subsections speak to specific disabilities for clarity about what is covered and how.

From State-of-the-Art Technology to Service Animal Certification, the ADA Evolves Over Time 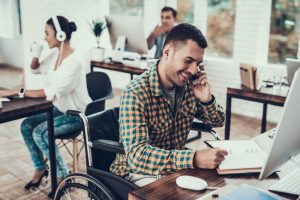 The law deals with workplace limitations, but goes beyond just the physical barriers that come to mind of when we think about what it really means to provide reasonable accommodations.

Naturally, the law requires that employers accommodate employees with disabilities by making the workplace accessible and easy to move through in the course of doing anything relevant to the person's job or the job for which they are applying. This means physical modifications to the building like elevators and ramps to allow for accessibility, providing appropriate tools and technologies like screen magnifiers for those with vision impairments, and headphones/amplifiers for those with hearing disabilities.

Often referred to as the curb-cut effect, pedestrians are familiar with the sloping easements from sidewalk to street. Wheelchairs more easily maintain momentum, people using adaptive strollers struggle less, and people with gait disorders don't have to navigate frequent steps up and down.

In 2008, The ADA was amended to include a new provision that would be come to be known as Title IV. As technology rapidly developed, legislators and advocates saw the need to include an additional set of accommodations for the disabled population. Television, telephone service, internet access, and other digital communications were not providing for the specific needs of people with communication-based disabilities on their own, so advocates and law makers stepped in. Quickly, enhancements and changes were made to provide talking digital phones, TDD relay, talk-to-text functionality, closed-captioning TV… even technology like Alexa and Siri that we all rely now were partly born from the need to make these accommodations.

Service animals are a big part of the lives of many people with disabilities. While local governments may recognize and permit all kinds of animals - from birds to goats - as being eligible for service animal certification, currently The ADA recognizes only dogs and miniature horses. Service animals can serve as the eyes and ears of their owners, and can even be trained to detect the onset of a seizure, among a vast number of other things.

All businesses - even restaurants and grocery stores - are now required to allow service animals inside their establishments. In fact, service animals who are appropriately trained and house-broken are entitled to the same level of access as their handlers.

The ADA has vastly enhanced the lives of all people, and has been a major leap forward in creating a more equitable world. The students in our classrooms today have never known our society without ADA protections, though their lives have been altered greatly thanks to the people who worked to make the ADA an enduring legacy. 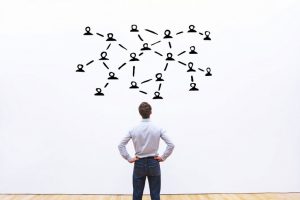 Returning to School in the Midst of a Pandemic: One Teacher’s Perspective