As This Year Continues and the Pandemic Grows, Listening Is the Greatest Tool an Educator Can Wield 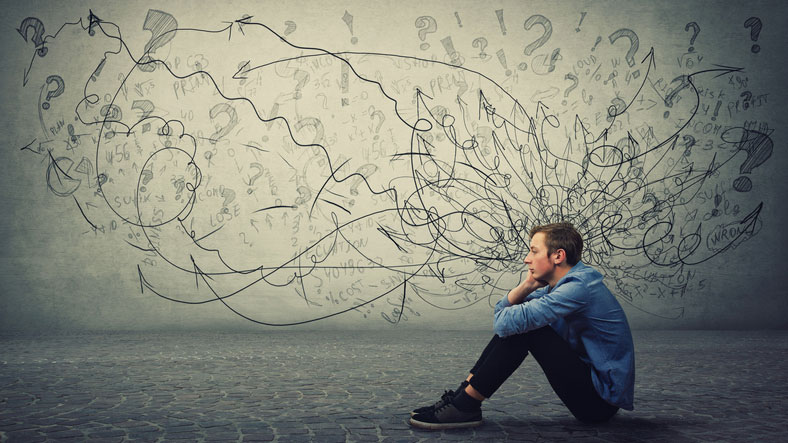 "Everyone just seems to be on edge," the father told me from his driver side window. I was walking home from work and one of my senior parents had stopped me to ask about how things were going. I met him in the road. "Pretty great, considering the circumstances," I said. Then, remembering a few recent conversations I had had with parents, staff, and students, I added, "I fear burnout is coming soon. People are already pretty tired of COVID, and all these added expectations don't help."

"Yeah," he agreed, "Everyone just seems to be on edge." He glanced in his rearview mirror at the car that pulled in behind him. "I better go. Good chatting with you."

"You too," I said, then continued my walk, considering what he had said. Everyone just seems to be on edge. And they do.

Two days later, I would be meeting with a parent, for the better part of an hour, as they spilled their heart and frustrations all over. "I'm just so tired of this," they said, "I took it out on you, and I'm sorry. I'm just so tired."

"Thank you," I said as they continued to share their struggles and frustrations.

From the lingering COVID-19 restrictions, social and civil unrest, the stress of the coming elections, uncontained wildfires, and the continued shifts and changes of school expectations, life is more than a bit heavy right now. Coupled with the unknown future of the looming fall and all that it may bring and the weight suddenly seems more than we can bare. Even in a small mid-Montana town.

My school has the good fortune of being open with limited restriction. We wear masks, have a modified schedule to accommodate smaller class sizes and physical distancing, as well as a few others. But by and large - and compared to the rest of the country and world - we are fortunate. But we are still struggling.

In a recent staff meeting I provided everyone a picture of a cup and asked them, "How full are you? And with what?" We then spent five or so minutes filling in our cups with different colors, indicating what we are stressed about and how much it fills our cup. We then laid all the pictures on the floor and analyzed our school as a whole. "What do you notice?" I asked.

"Although we all have a variety of stressors, we all seem to have one major stressor that takes up the majority of our glass," another commented.

"We're full," another chimed in. "But what's important to notice," he continued, "is that we weren't required to fill up the cup. The question was, ‘How full are you?' and almost everyone chose to fill it to the brim." All eyes scanned the pictures once more. He was right.

A few minutes later, I left the meeting with a mixture of emotions. I was happy to see our staff open up and share honestly, but I was also burdened for them. What now? I thought to myself, How do I help those whose cups are full?

Throughout the day, as the hours filled with tasks and to-do's I would get distracted for a bit, but inevitably, whenever I had a moment, I would come back to it: How do I help?

Later that evening, after chatting with a parent in the street, I remembered my grandmother and the "troubled kid" she came to love and I suddenly had my answer: listen.

Because Listening Can Break Down the Most Complicated of Barriers 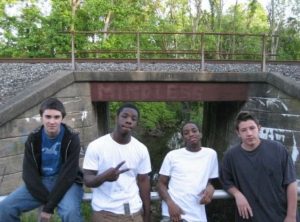 In my third year of marriage and a three-month old son in tow, my wife and I moved into the Group Home on Barry Road with lofty ambitions of changing lives. We were greeted with six teenage boys who cared little for our idealism. They knew the system and they knew how to handle us, the "young bulls" - with defiance. Especially J.C..

At 6'4'', 220 pounds, I've never been the small guy in the room. But when I stood next to J.C., a young man who barely came to my chin, I felt small. Especially when he cursed in my face or put up his fists and threatened to box. I acted tough and strong and unafraid - even barking or yelling back at times, but deep down, I was terrified. I knew J.C. would kick my ass.

Most of the kids had recently been released from Juvi and this was their transition back to their real home. For others, this was their last chance. One more misstep and they would be carted off and incarcerated in the dreaded youth prison system.

J.C. had been in and out of Juvi for the past several years and was only months away from turning 18. His next mistake could land him in County, but he didn't care. "I won't live to see my twenty-second birthday," he would often say, drawing on the experiences of his family and friends. At home, he was part of a group called, "Youngstown Boyz", a rough and terrifying group of kids who feared nothing and fought everything. "You see these tats?" he would ask, showing "Youngstown" on one forearm and "Boyz" on the other. "I got these so that whoever I was boxing would know who was kicking their ass."

In the 18 months I lived in that house, out of the two dozen or so kids to come through, J.C. was the only one that scared me. When the other kids could stay alone with my wife and son while I ran to the grocery store, J.C. came with me. When the other kids disappeared for short periods of time, I assumed they were going to the bathroom or in their rooms. When I couldn't see or hear J.C., I went looking for him because I needed to know where he was at all times. I needed to know what he was doing. Often times, he was sneaking a smoke.

So when my grandmother called and asked if she could visit, I was terrified. Absolutely not, I remember thinking, she'll die! And not because those boys would hurt her physically, but because her kind, gentle spirit would leave her body and fly back to Dutch-land Michigan as quickly as possible. I just knew she wouldn't be able to handle those boys!

When my grandmother was alive, she stood a little taller than the height of a doorknob, said phrases like, "Oh Mylanta," and spent the bulk of her days and hours planting in her garden or serving in her church. She knew nothing of inter-city streets, rap music, or Juvi life. Yet, it was she who broke through to J.C.. My grandmother, with shoulder pads in her sweaters and Velcro on her shoes, was able to reach J.C., a young man who's pants always sagged beneath his butt.

A day or two into her visit, I was outside with the boys cleaning up the yard and preparing for the coming winter. J.C. was absent. This time, however, it didn't take more than a minute to find him because he was sitting at the dining room table, with my grandmother, reading her his raps. She was holding his hand. And she was crying.

I don't remember anything about what he was rapping about, I just remember it was - according to my Grandmother's standards - radically inappropriate. Yet, in that moment, she didn't seem to care. She just listened. And she listened hard. When he was finished, she squeezed his hand. "That was beautiful," she said.

Beautiful!? I thought, How was that beautiful?

"His life isn't beautiful," I remember saying with a bit of a know-it-all grin, "His life is hard and mean."

"Yes," she responded gently, "And it is his. And because he chose to share it with me, it is beautiful."

A few days, they took a picture.

Because Listening Can Add to Their Otherwise Incomplete Stories 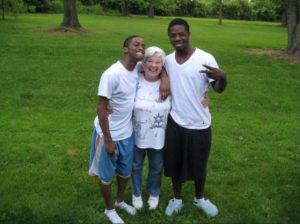 In her TEDTalk, The Dangers of A Single Story, the beautiful Nigerian writer and speaker Chimamanda Adichie says, "the problem with stereotypes is not that they are untrue, but that they are incomplete. They make one story become the only story." My grandmother understood that. And because she did, she was able to sit and listen to a young man and see beyond the stereotypes. She was able to connect with him, and she was able to love him.

In the weeks that followed, J.C. and my grandmother wrote letters to each other. I never read them, nor did I ask about them. I did, however, try to learn from them.

Instead of fighting J.C. to turn off the lights and head to bed, I sat in his room and asked about his life, his music, and his raps. In return, I learned about his sister, his mother, and the many years he's felt regret. I learned about J.C.. He also learned about me, and over time, we grew to understand each other.

To this day, almost thirteen years later, he is one of two boys that I still have contact with. (I even had him read this article before I sent it off for publication. He said, "It's dope! Publish it!") I have my grandmother to thank for that.

Because COVID-19 Is Providing Us Unique Opportunities

This very well may be one of the more difficult years we will ever experience. Which is why everyone seems a bit on edge, because they are! It also means we, as educators, have the greatest opportunity to reach kids, colleagues, and parents. We have a unique position and opportunity to help, to truly impact lives! And all we have to do is listen.

A few faces looked back in understanding. A few others with eyes wider than normal.

"When that happens," I continued, "Don't take it too personal. Glean what you can, get better where you can, but mostly just listen because that's really what they need, a place to vent their frustrations. And we handle it, we're educators!"

Because Our Schools and Communities Are Worth It

Jon Gordon, author of The Power of Positive Leadership, wrote;

But not today. Not tonight. And not with this student or that parent. Because right now they need us. More than any other time in recent history, our students, parents, colleagues, and community members need us. Which is why right now, during this tragic pandemic, it is the absolute best time to be an educator. Because it is the hardest time. And it is our job, our responsibility, and our privilege to hear their stories, to listen to their struggles, and to be an ear to whatever it is they need to say because, whenever this is over, here is where we want them to come. To us. To our schools. To our classrooms and to our offices. We want them to come to us because that's why we took this job, so that we could make a difference!

"Life isn't about avoiding the bruises," the quote reads above my desk, "its about collecting the scars to prove you showed up for it."

J.C.'s life was riddled with cuts and scars and a whole lot of pain. Yet, when he shared it, it was received as beautiful because it was his, and he was entrusting it to my grandmother.

All because she was brave enough to listen. 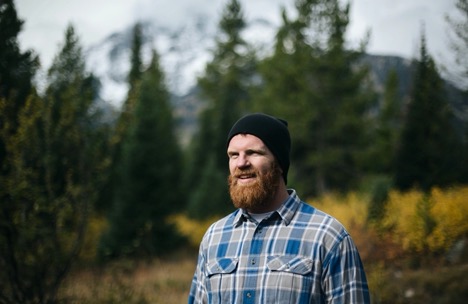 Brian Miller
Brian Miller is a secondary principal and blogger (millerbrian.com) currently living in Fort Benton, Montana. He has taught 7-12 English for 10+ years throughout the country and world. He has presented at teacher conferences in Thailand, China, Wyoming, and Montana on topics such as curriculum development, teaching strategies, and character development. He is currently pursuing his doctorate in Educational Leadership through the University of Montana. 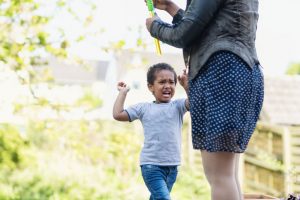 Returning to School in the Midst of a Pandemic: One Teacher’s Perspective
Posted: 9/9/2020